Isfahan tours are great way to visit a city full of places to visit. Many visitors state that two or three nights stay in this beautiful city is needed. You should consider not to miss the best of Isfahan. Therefore, we organize many tours that enable you to explore all around the city with the best possible price. Isfahan packages are consisted of city tours (adventure, nature, historical sightseeing, desserts and villages) and booking Isfahan hotels in advance in order to providing a convenient service.

Isfahan is a beautiful city with an ancient history that has long been the support and pillar of economic, cultural and political activities of Iranians and has seen many bitter and sweet events.
The choice of Isfahan in the three periods of Dilmities– Seljuk and Safavid as the capital of Iran, and also the presence of Zayandehrud River in the center of Isfahan caused Isfahan to become a beautiful city garden with humorous people, artists and craftsmen and with an ancient history in the middle of the central desert of Iran. Historic buildings that were built in Isfahan from different eras, most of which has turned Isfahan into a museum city. That is why Isfahan is considered half of the world and we are witnessing a huge number of foreign and domestic tourists traveling to the beautiful city of Isfahan.
Isfahan has an ancient history and culture. This fact makes us happy to see how visitors are eager to all this history and culture.
Performing different Isfahan tours within the city of Isfahan and in the form of new routes and efforts to show the culture and civilization of Isfahan to domestic and foreign tourists and even the citizens of Isfahan, especially the new generation is felt more than ever.

What you visit in Isfahan tours?

We are going to the capital of Islamic culture and art in Isfahan. We are going to turn Isfahan upside down in days. An attractive and bustling city that can be visited in any season of the year and you can enjoy its beauties that are borrowed from the history and civilization of Iran. In ChiyakoTravel Isfahan tours, we intend to visit the relics of the Safavid and Qajar eras with an exciting and complete travel plan; Buildings that each have hidden a world of mystery in their hearts and we want to give ourselves the pleasure of discovering these secrets. We visit the best Isfahan bridges, unique masterpieces of Safavid period and the hope that the Zayandehrud River will always flow and always bloom alive in our hearts. We see Naqsh-e Jahan suare; A square that has many memories of the political and social history of Isfahan in its heart. A square that is so important not only in Isfahan but also in Iran that it is one of the first UNESCO World Heritage Sites in Iran. There are many mysteries around the square, and we can show you 5 lesser known places around the square even locals do not know about them. We walk in Naqsh-e Jahan square and go to Sheikh Lotfollah Mosque. A mosque without minaret, which is a masterpiece in Safavid architecture and tiling. We continue our way to the Aali Qapo mansion, the seat of government and the Safavid state, and in Imam Mosque we observe other manifestations of Safavid architecture, and in the Naqsh-e Jahan bazaar, we buy turmeric and flakes, and enjoy doogh and gushfil. Our trip to the land of turquoise domes is completed by visiting one of the oldest historical monuments in Isfahan and Iran, which is called the Grand Mosque or the Old Mosque of Isfahan. The thousand-year-old Isfahan Grand Mosque shows the glory of Iranian civilization to every viewer, and around it, Iranian works of art from different eras are displayed! We go to Isfahan Atashgah; An ancient relic left over from the Sassanid era, which is one of the seven great fire temples of Iran during the Sassanid era. Our trip to Isfahan ends with a search for the secret of the architecture of Monar-Janban minaret, an amazing monument in the historical architecture of Iran. Luckily for us, it may be a pleasure to be able to visit the beautiful Jolfa Square and the Vank cathedral and the pleasant architecture of the Jolfa Armenian neighborhood on a tour of Isfahan.

Note: Please note that all of the mentioned attractions are the options you can choose based on your preference and time in Isfahan. Visiting all the monuments is not possible in one day and we just introduce what you can choose to visit. In our 1-day Isfahan tours, and 2-days Isfahan tours we organized most of these attractions, but you are always able to design your favorite tour.

Round trip by plane or train or bus to Isfahan, transfer from Isfahan airport or Isfahan terminal or Isfahan railway station to the hotel of your residence, tours by tourist vehicle (bus or minibus or van) in Isfahan, accommodation In the selected hotel with breakfast, accompanying the tour guide from the beginning to the end of the tour, travel insurance, payment of entrance to the places visited in Isfahan, mid-day refresh by tea day, Nescafe, mineral water, fruit. Our services in Isfahan tours are as follows:

It is possible to travel to Isfahan by plane from Tehran, Mashhad, Kish, Bandar Abbas and other cities. Tehran-Isfahan train is a good choice.

In Isfahan, buying Gaz is a must. But along with these delicious edibles, you can take a small souvenir of the art of engraving and tile making in Isfahan for your friends and family.

What you need for Isfahan tours

The cost of lunch and dinner of Isfahan tours is with traveler, which will be suggested by Chiyako Travel in one of the best restaurants in Isfahan, such as Shahrzad, Khan Gostar, etc.

If you like to visit all over Isfahan, consider our Isfahan tours which can be extended from 1-day tour to 3 or more. We can combine our tours around Isfahan with Abyaneh tour or Kashan tours that are almost near the city. One of our passengers told that Isfahan was like nowhere in the world. He believed that Isfahan river and the bridges over it give the city an amazing outlook. Besides the city itself, there are a lot of attractions around the city in countryside. If you are traveling to Iran for the first time, the section of what to do in Isfahan in tripadvisor can give you impression to choose from your favorite places. 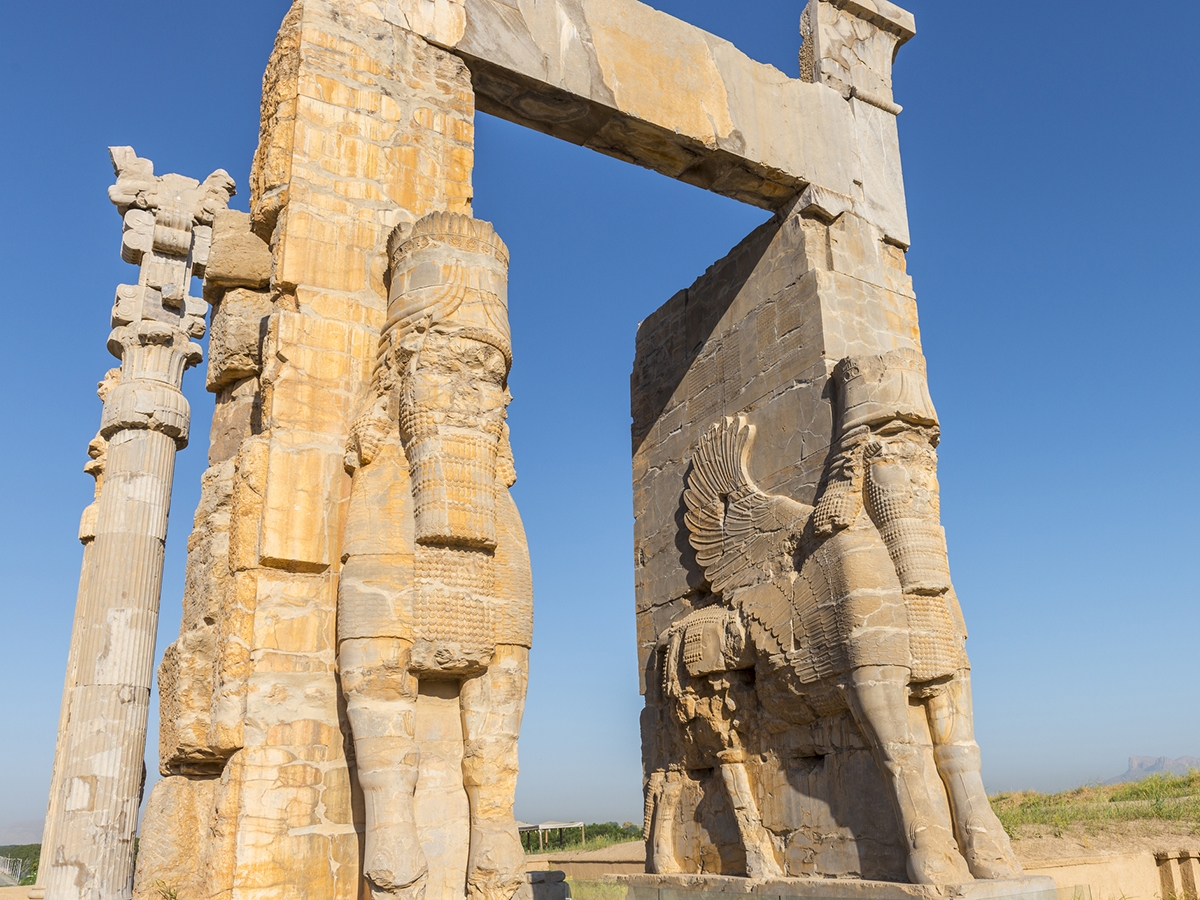 Persepolis 1-Day Tour is a one day tour for you … 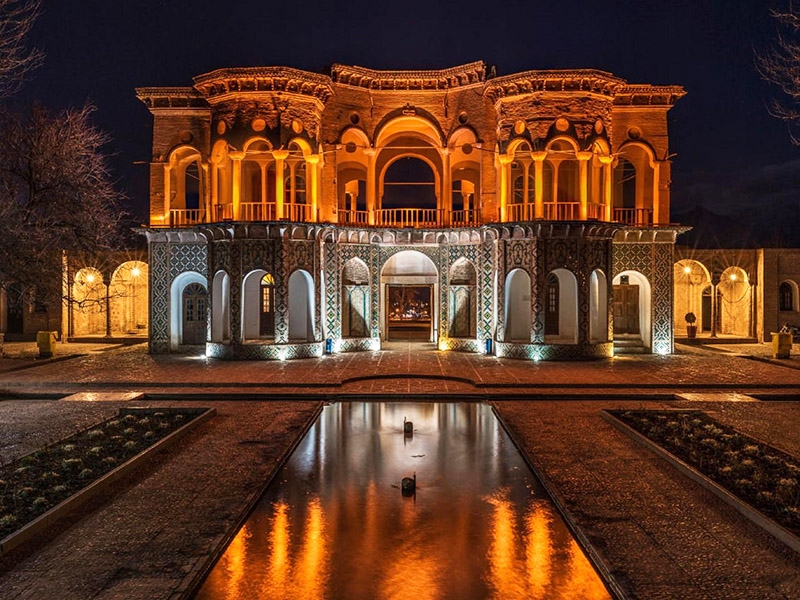 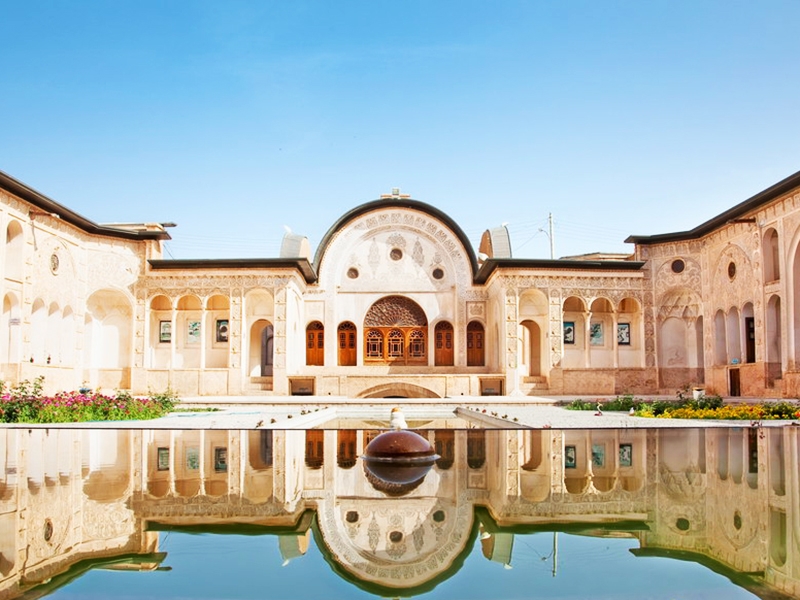 Kashan is a historical city and it’s a part of … 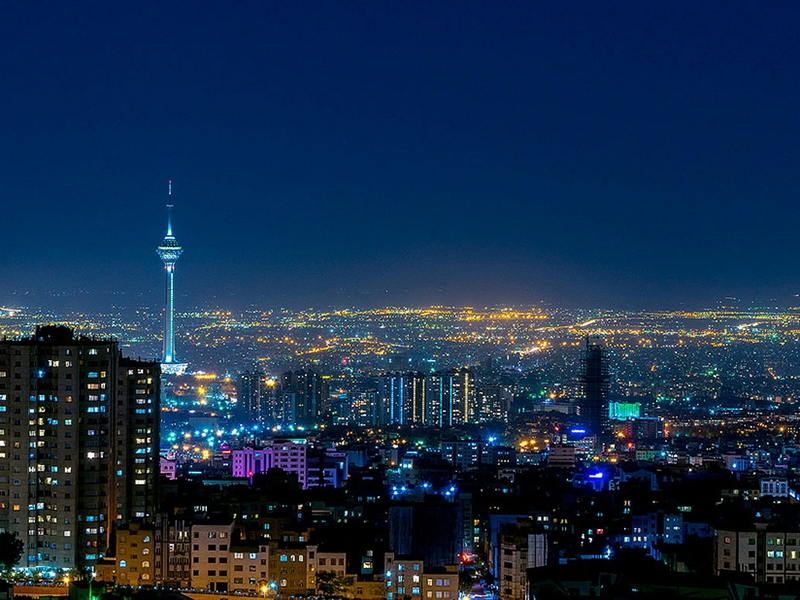 With an area of more than 110 hectares, there lays … 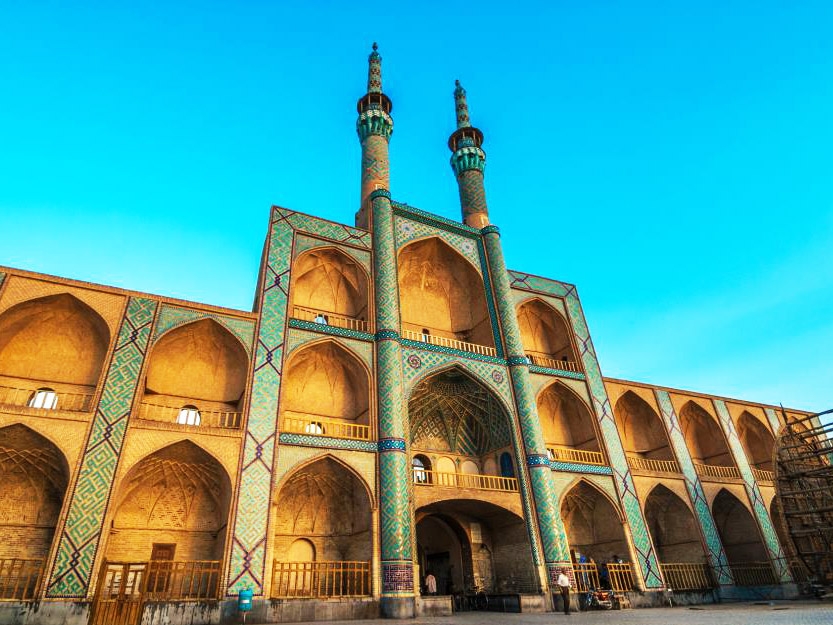 Yazd is the capital of Yazd province and the center …

Isfahan Isfahan is known as the city of turquoise domes, …